The weatherman said that big storms were expected to hit the Elkhorn area and the radar backed him up.  Our party decided to throw caution to the wind and head south anyway.  Luke and Mark fished with customer Joe Mohlenkamp.  When we got to the canoe livery they were stuck to the computer looking at the radar screen and sounding like no one should even step outdoors.  We decided to park and fish upstream from the canoe livery. 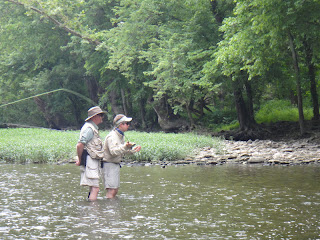 The water level was just a bit low and the clarity was perfect.  The morning produced fish, but nothing of much size and we had to work for them.  We had a couple of good rains hit us, but nothing you could not fish thru.  After lunch on the back porch of the livery we decided to float I to J.  Now I know why we float the Elkhorn.  The amount of fishy looking spots is so many that you just start ignoring whole stretches of water that if you were just parking and wading you would spend half of a day on. 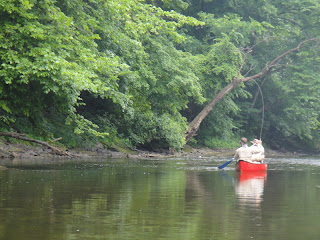 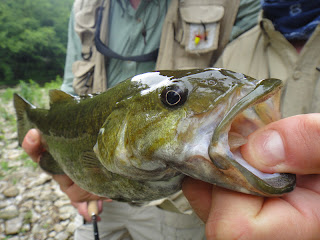 We caught fish and we caught nice fish.  Joe hooked and brought to the bank the nicest smallie I have seen in about four years.  He was not brought to hand so we did not get a photo, but three of us saw him with no problem in the clear water. 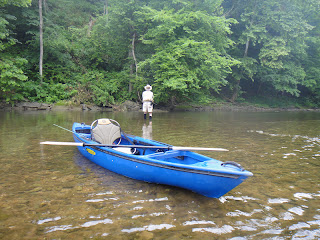 A handful of other nice good fighting fish were brought to hand and some we got photos of.  We were switching flies all day.  Some on Dixie Devils and some on bead head buggers and some of the super bugger.
This was the thought for the day:  You are always learning.
We caught fish in spots we have not given much thought to in the past and some of our key spots did not produce.  We caught the best fish of the day in an area where we would just throw a fly to see if something would hit.  We changed our stripping technique all day because the fish were not consistently hitting the same way during the day.
Change.  Adapt. 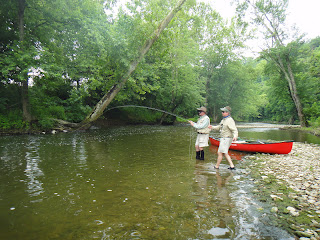 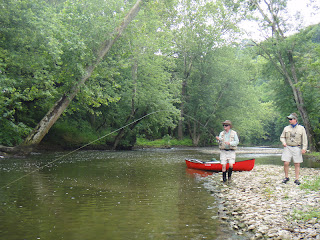 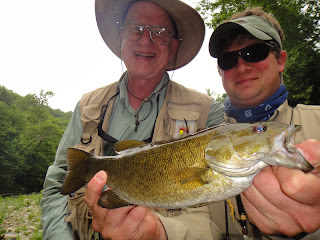 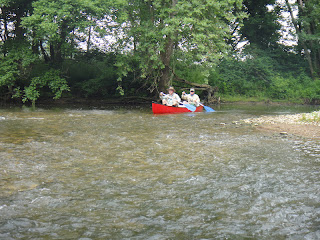 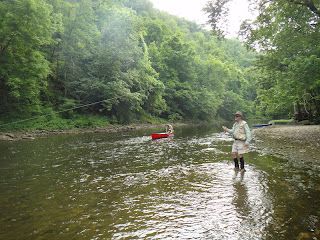 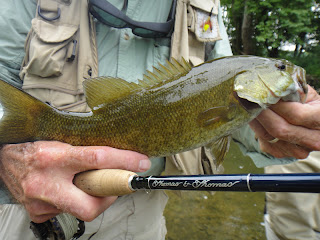 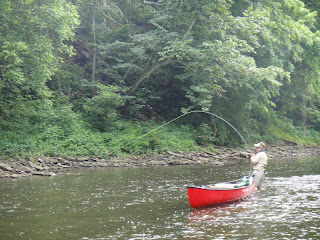 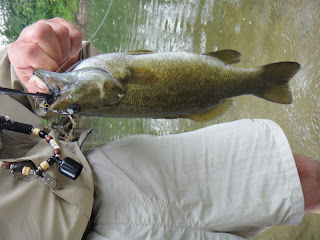 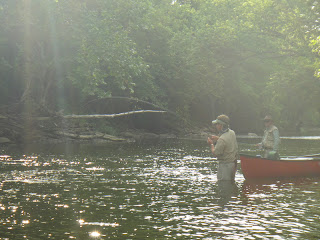 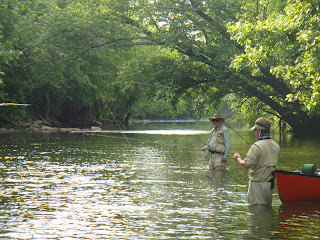 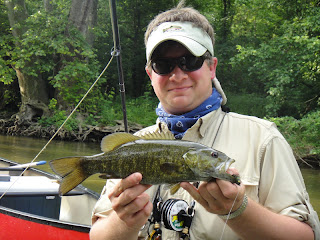 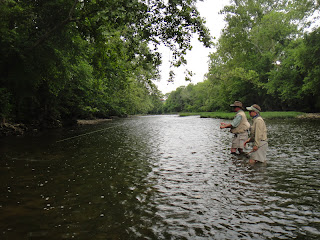 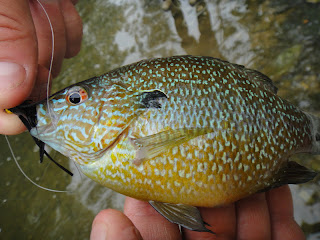 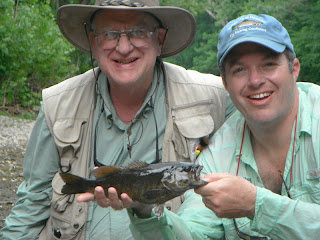 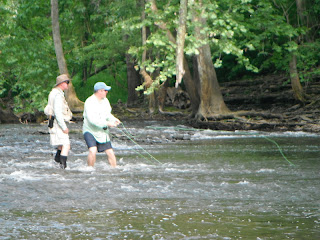 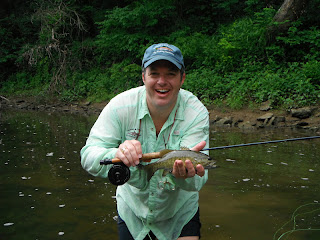 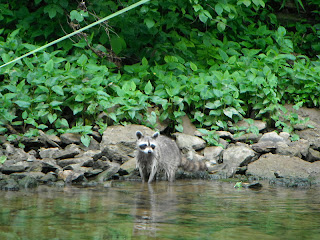 They look similar but the Elkhorn and the LIttle Miami are actually quite different. Good luck fishing the Little Miami.

The Elkhorn looks a lot like the Little Miami. I've never really flyfished the LMR for smallies but after seeing how similar the elkhorn looks to it I think I might have to try it.