Needing to get out of the store for a bit and stretch my legs, Ryan and I put together a plan to hunt birds at Shags-Run on Saturday. The weather report looked perfect for a morning of upland hunting.  Sun and temp’s in the mid 40’s. We couldn’t have asked for a better day. 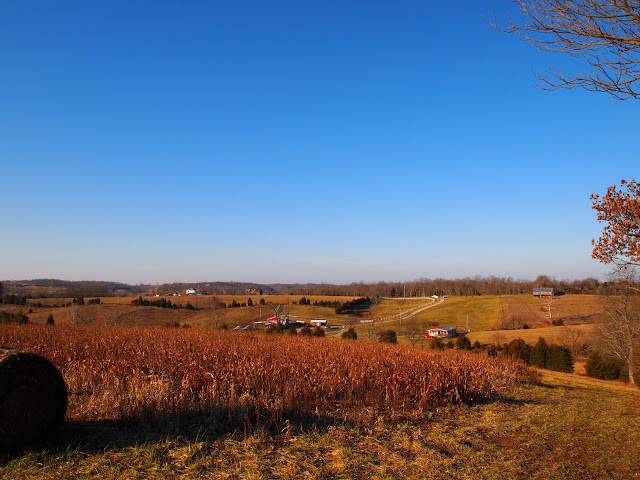 We planned to take advantage of the basic 10 quail per person option. For $110 you can get either 10 quail, 7 chukkar, or 5 pheasant with limited other amenities. For a couple guys just wanting to get out and hunt, this is perfect. If you have your own dog this is a great way to hunt. Dogs and handlers are available if you don’t already have a dog but would like to get in on the action.(Though I can’t guarantee you will remain dogless after taking a peek at the English Setter’s that Shags-Run and owner, Billy Gerwin are well known for) 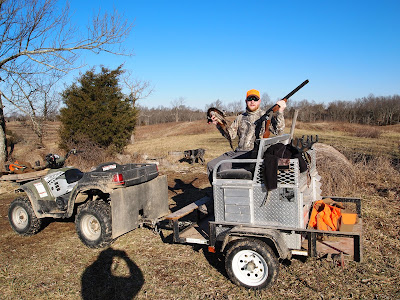 We arrived a little after 8:30, Billy had hot coffee for us in the hunter’s shanty and the heat from the wood stove made me want to relax in the shanty for a bit and peruse the hunting paraphernalia that come with people and places from this lifestyle. Billy rolled in a few minutes later and we took some time to get assembled. After getting the dog, guns, water, and everything else on the wagon we headed out to the field. Billy took us around the course and pointed out the approximate locations he had dropped birds. About halfway through I came to the realization that this wasn’t going to be a “two hours and done” kind of day. Billy had our 20 birds spread out over 5 fields complete with fence lines, stone walls, brush piles, creeks, crop strips, and cedar thickets. The birds had every advantage. 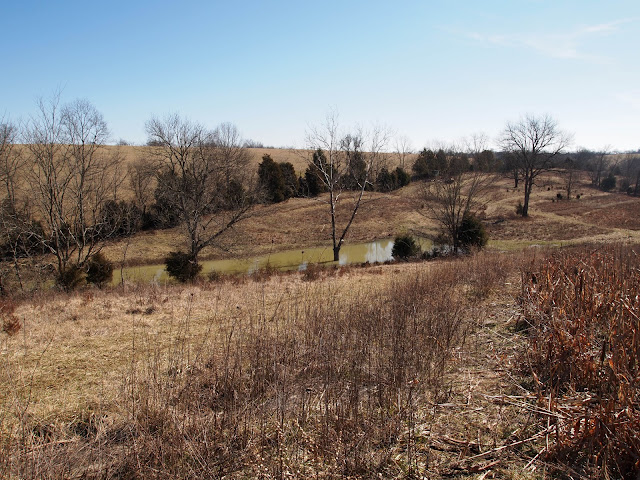 About halfway through the first field and we hit the first group of birds. We killed our first bird and chased a single with no luck. Shortly afterward, my dog, Diez, got on a solid point and began tracking. The way she acted made me think pheasant instead of quail and sure enough, a moment later a big gaudy roosters jumped. Ryan made a great shot and picked up a nice extra for the day. 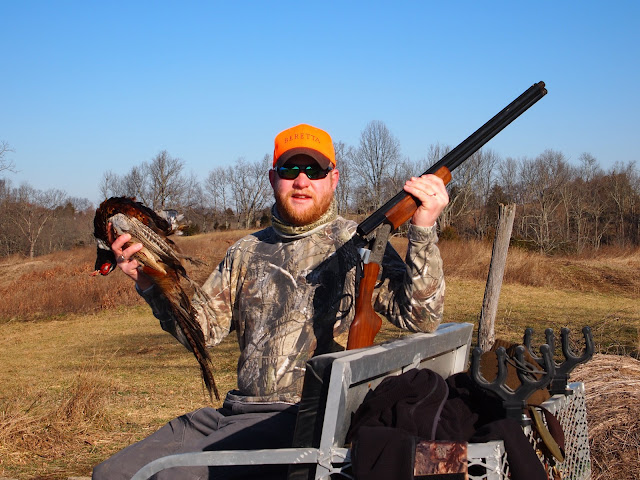 The rest of morning was a blur of solid points, flushing birds, lots of hiking, and good times. The highlight of morning was when Diez found one covey in the middle of a crop strip. After we shot the first bird that went up she retrieved it and on her way back pointed a second with the first still in her mouth. We shot the second and she pointed third on her way to collect the second. It was-picture perfect.

Billy has made his property extremely huntable. Serious bird hunters will notice the little things, like plenty of watering spots for thirsty dogs. 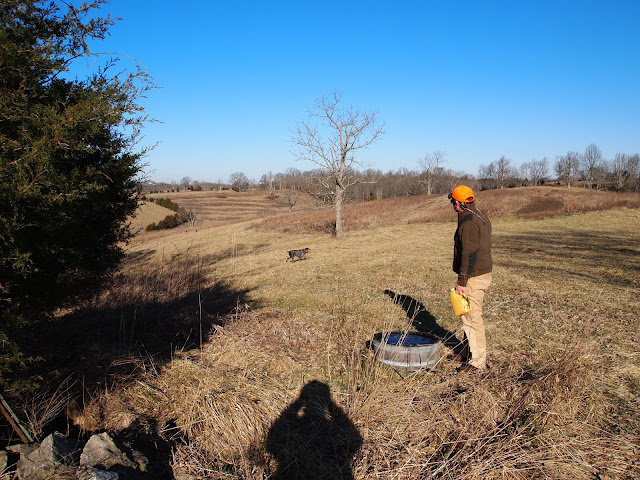 About 4.5 hours later we finished our last field in the loop. We finished with a few more shots and few more birds int he bag. Diez was pretty tired and I could tell she was slowing down. We were too. We headed back to the barn. When Billy saw what we had he offered to take us back out for bit with one of his fresh dogs. He put a little 16 month old Gordon Setter named Voodoo on the ground. Before we had even loaded our guns the dog had made three circles around us. A total ball of energy.

We finished the day with nice bag and both agreed we had a great time. Here are a few more pictures from the day. 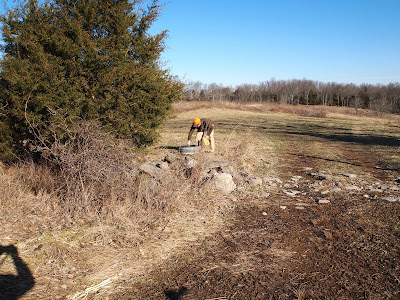 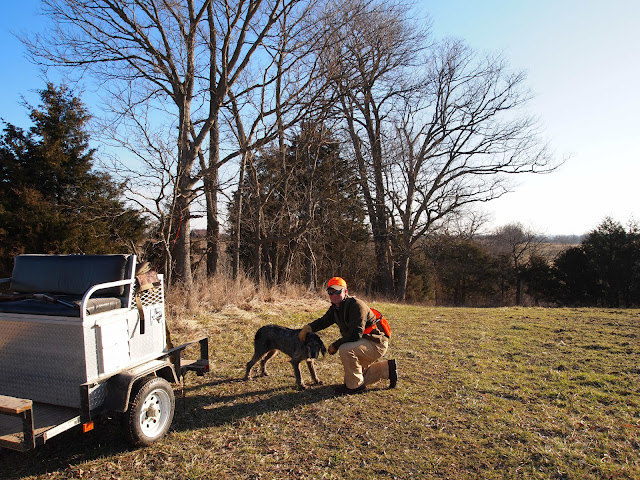 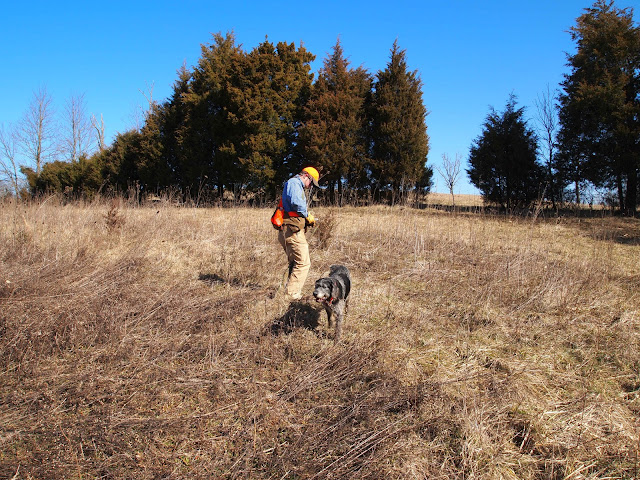 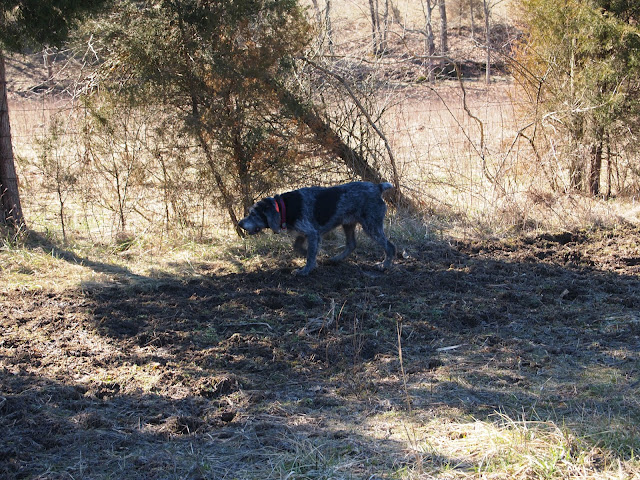 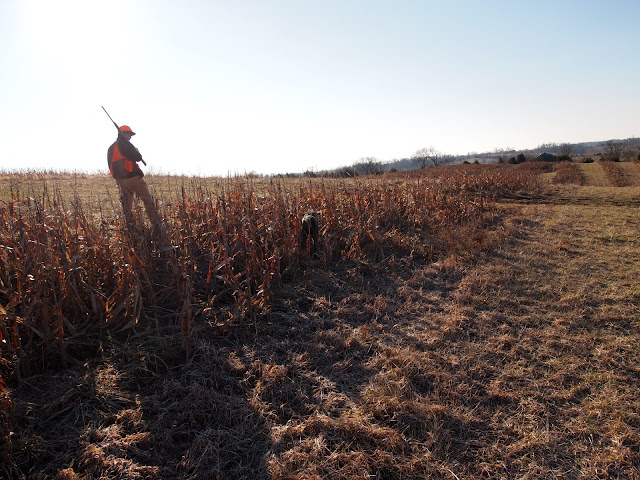 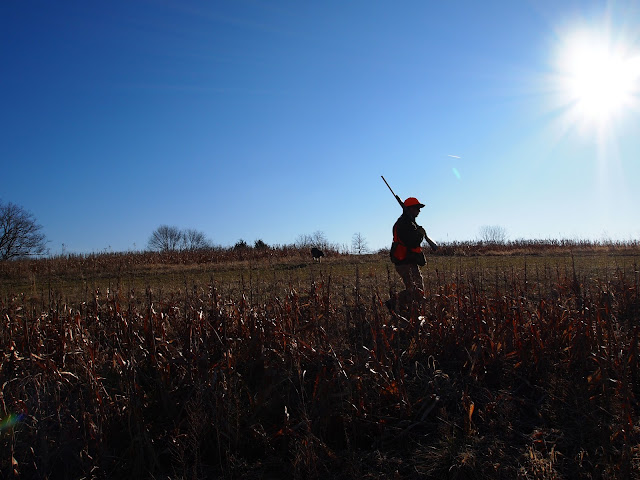 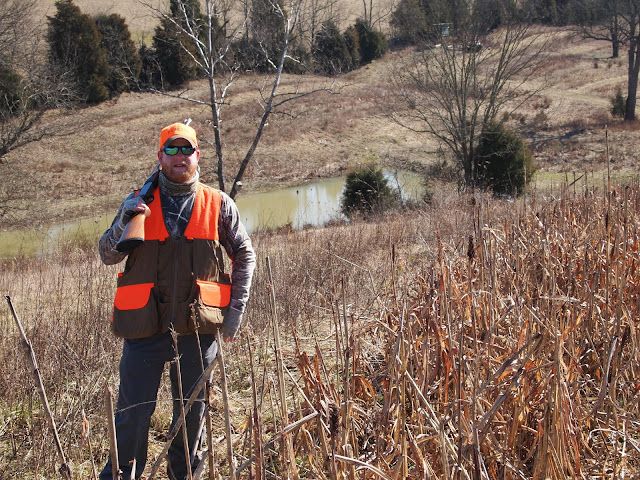 Spaces are still available for February hunts and the hunt in March still has a spot or two left. If you have any questions, call us at the shop.  513-871-3474