Yesterday Louis, Nick, and I came up with a plan to fish Brookville Tailwaters in the morning for trout and then the Whitewater River in the afternoon for smallmouth.  Brookville is pretty familiar to us so were pretty excited to try some new water and the Whitewater did not dissapoint. 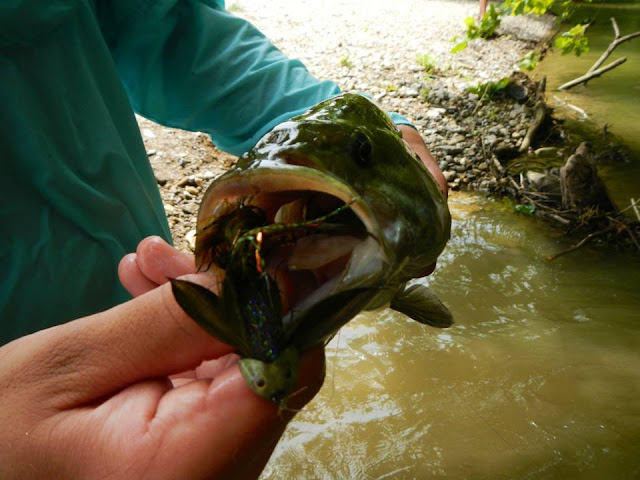 We all arrived at about 7:30 in the morning and fished until 10:30 or so.  It was a little rainy when we got there, but we did not let this slow us up.  The water level was a little lower than desired at about 2.9ft, but we still had a pretty good day.
All of us were using our 10′ 4wt Scott S4’s and my Sage ESN for nymphing.  The hot flies were the Pheasant Tail, Red Copper John and Rainbow Warrior nymphs all in sizes 16-20.  Since the water was slow, low and clear we all focused on the deeper runs with structure such as ledges and sudden deep channels.  We also did not use much extra weight because it was so shallow.  All together we caught 10 or so fish. 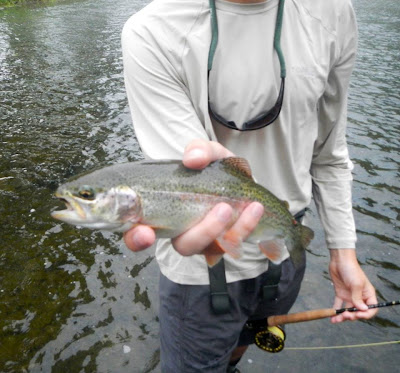 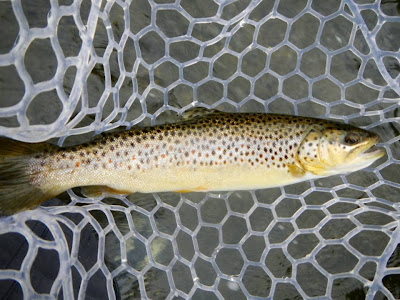 To start off, this was one of the best smallmouth fishing days any of us had had in a while, if not ever! The fish were out and ready to eat.  We were all throwing our Sage ONE 6wts with heavy weight-forward lines to turn over the large flies.  We had packed many sandwiches, snacks and drinks to allow for a whole day out on the water; we ended up being there from 11am to 5pm.  We started out the day with Louis and Nick throwing top water deer-hair poppers, while I was throwing a large chartreuse and black Stay Hungry Clouser variation.  After I hooked into a great 17-18″ smallie that weighted 3lbs on the Boga, everyone started throwing large streamers. 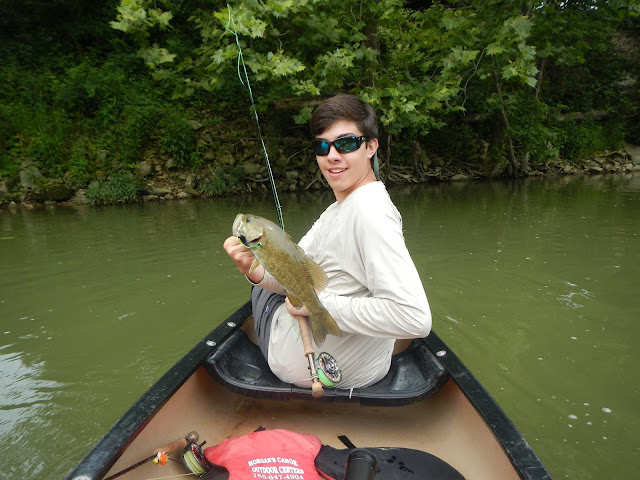 We were all shocked about how aggressive these fish were.  We had fish hit flies almost their size! 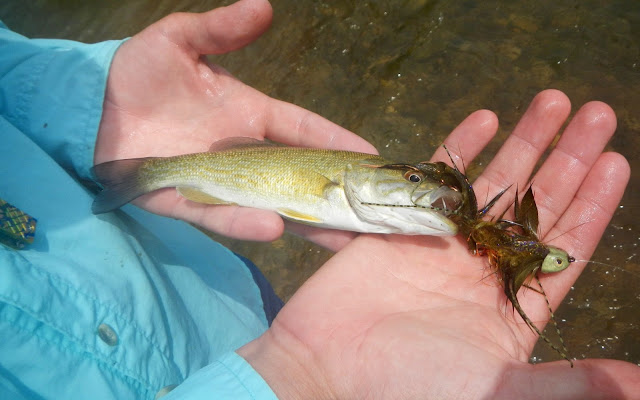 We were also shocked about the sizes of the fish.  During the whole day of fishing we never caught a fish under 8”.  Our day was full of many surprises.  Even though we were targeting these large smallmouth, Louis managed to catch a nice rainbow that must have escaped out of Brookville Tailwaters.  As we  paddled downstream we noticed a random cow wading the river! 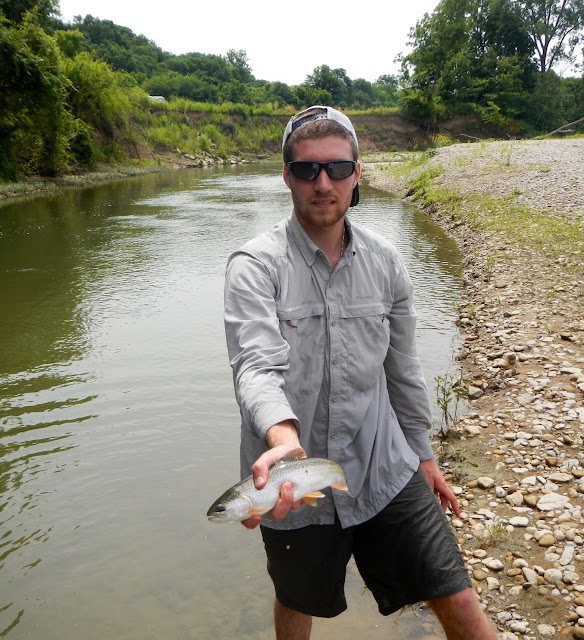 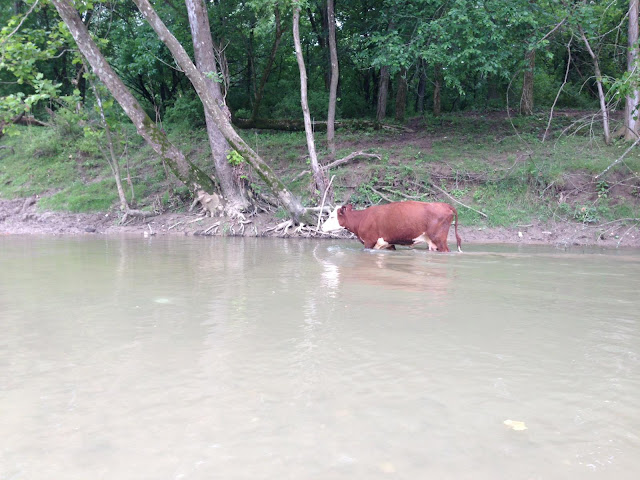 As the day went on, we still couldn’t come close to comparing this day to any others.  Nick’s big articulated sculpin pattern caught the most fish.  This just goes to show again how aggressive these fish are. We didn’t even bother trying top water again because all these fish wanted was a big meaty baitfish meal. 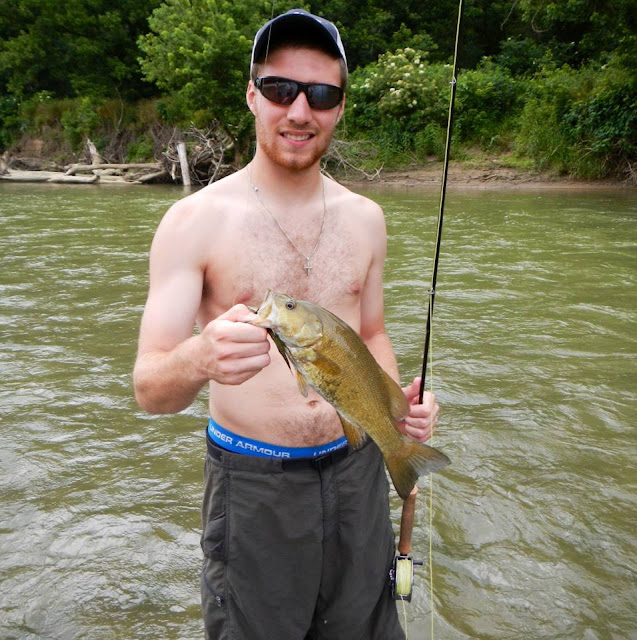 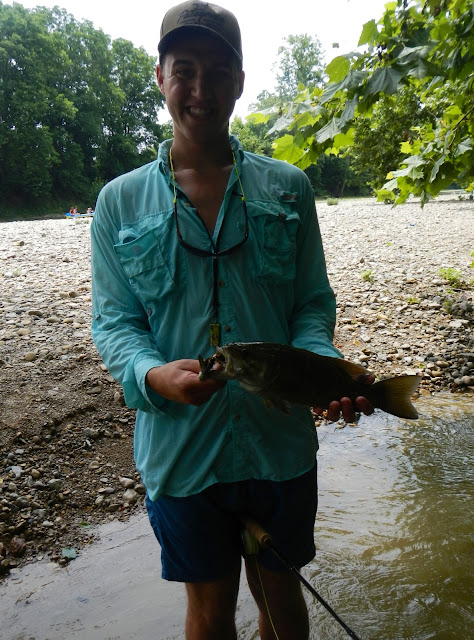 We got off of the water at the right time because all of the bad weather started to move in.  As we headed home, there was lightning and it was pouring down rain.  As soon as we all got home we hit our vises and started trying up these large streamers for next time.  We are now considering guiding opportunities on this river as well.

So, where is the best place to put in and take out for a smallmouth kayak fishing trip over on Whitewater?