Back to All Fishing Gear Articles  \  Uncategorized  \  Brookville Fishing Report

I headed over to do some fishing in the early afternoon and fished into the late evening. I fished the first half of the day by myself and then hooked up with my dad for the second half. Fishing was great both parts of the day but the crowning moment was my new record brown trout. I picked up a 26″ brown to beat my old record of a 24″ out of Brookville. As far as the conditions went, the water was on the lower side at 2.8 ft. The water temps were in the low 50s and the sun was out for most of the afternoon and then it drizzled in the evening. The small stocker browns and bows were out in full swing as well. 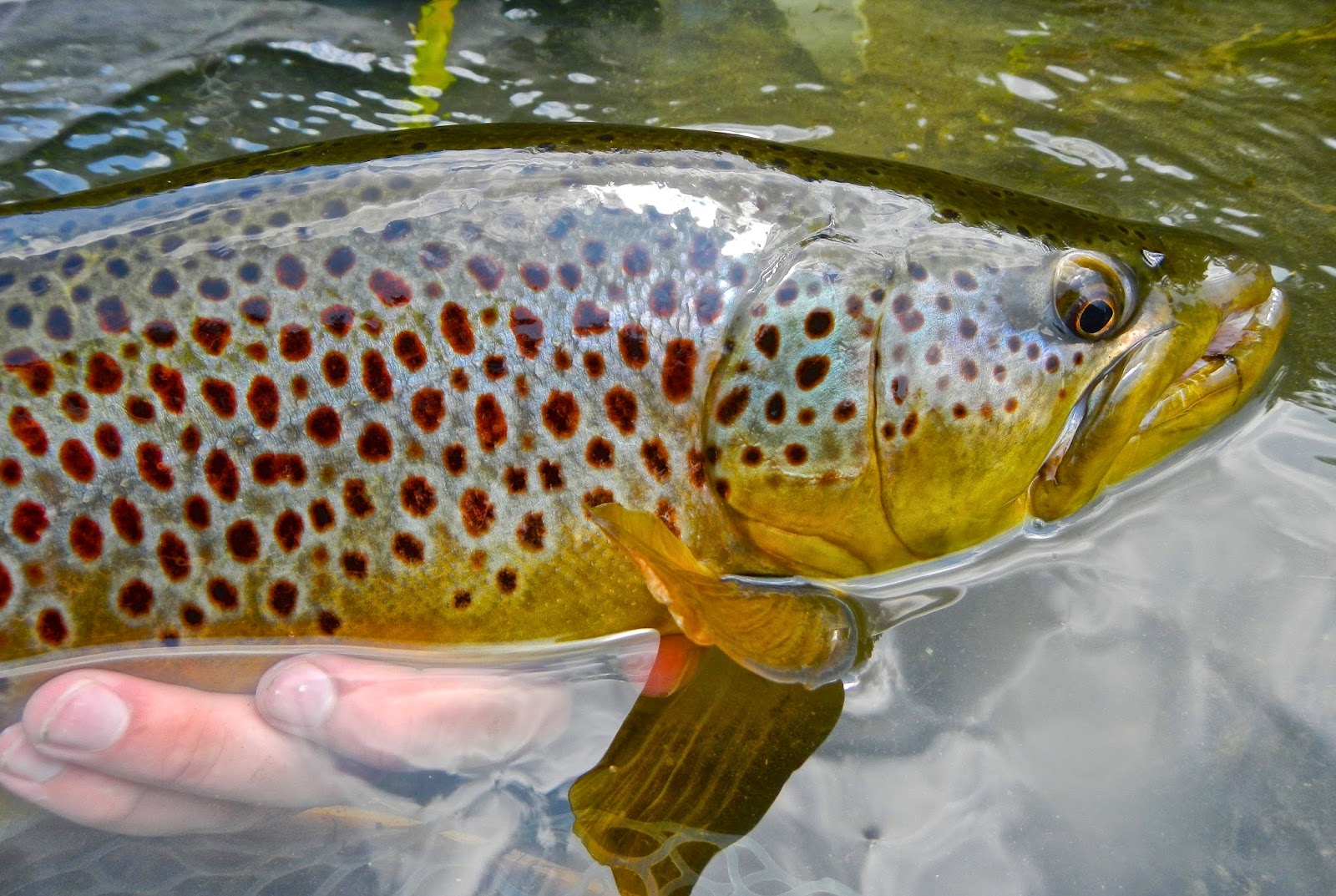 Since the water as low and clear I was fishing sz 18-20 nymphs all day on 6X fluorocarbon tippet. This would make for an interesting and scary fight. I hooked the beast on a size 20 midge under a shaded bank on a shady day (read the last Brookville Fishing Report). He ran me through many pools and riffles (I landed him about 100 yards from where I hooked him). After all of this he finally found a rock ledge which he swam under and wouldn’t move for what felt like 30 mins but I’m sure it was shorter than that. He then ran down to a pool tailout and positioned himself behind a large rock. Since I was fishing by myself with a 10′ 4 wt, 13 ft leader, a 20 hook, and 6X tippet there was no way that I could reach him or pull him in any closer to me without him spooked and breaking off. It was a do-or-die moment. I was either going to land him or loose him. I bent my rod to the point where I was waiting to here a snap and then lunged at him -in the water- and came up with him hanging out of the net. At that point I was the happiest I have been in a while. Anyways enough of my rant. 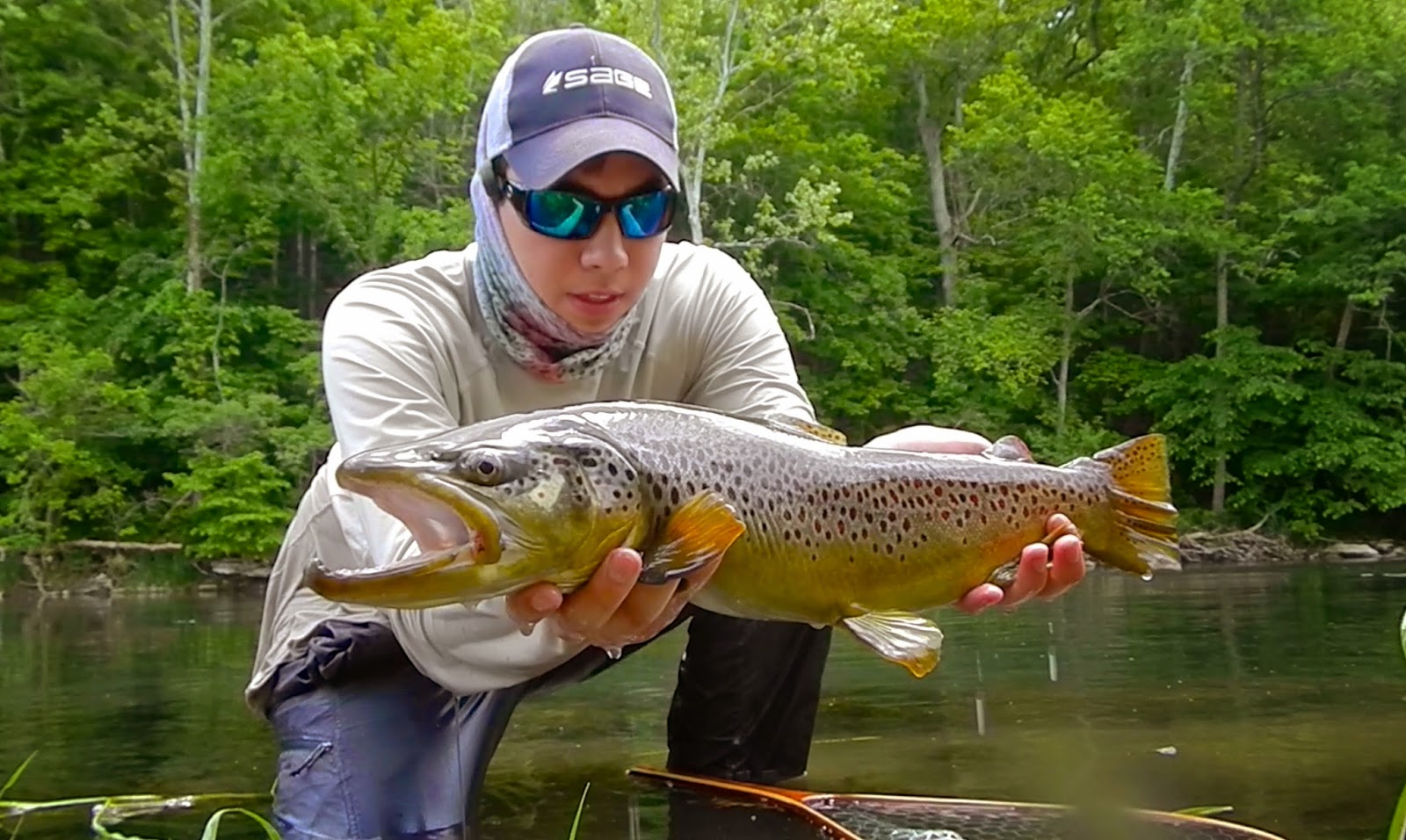 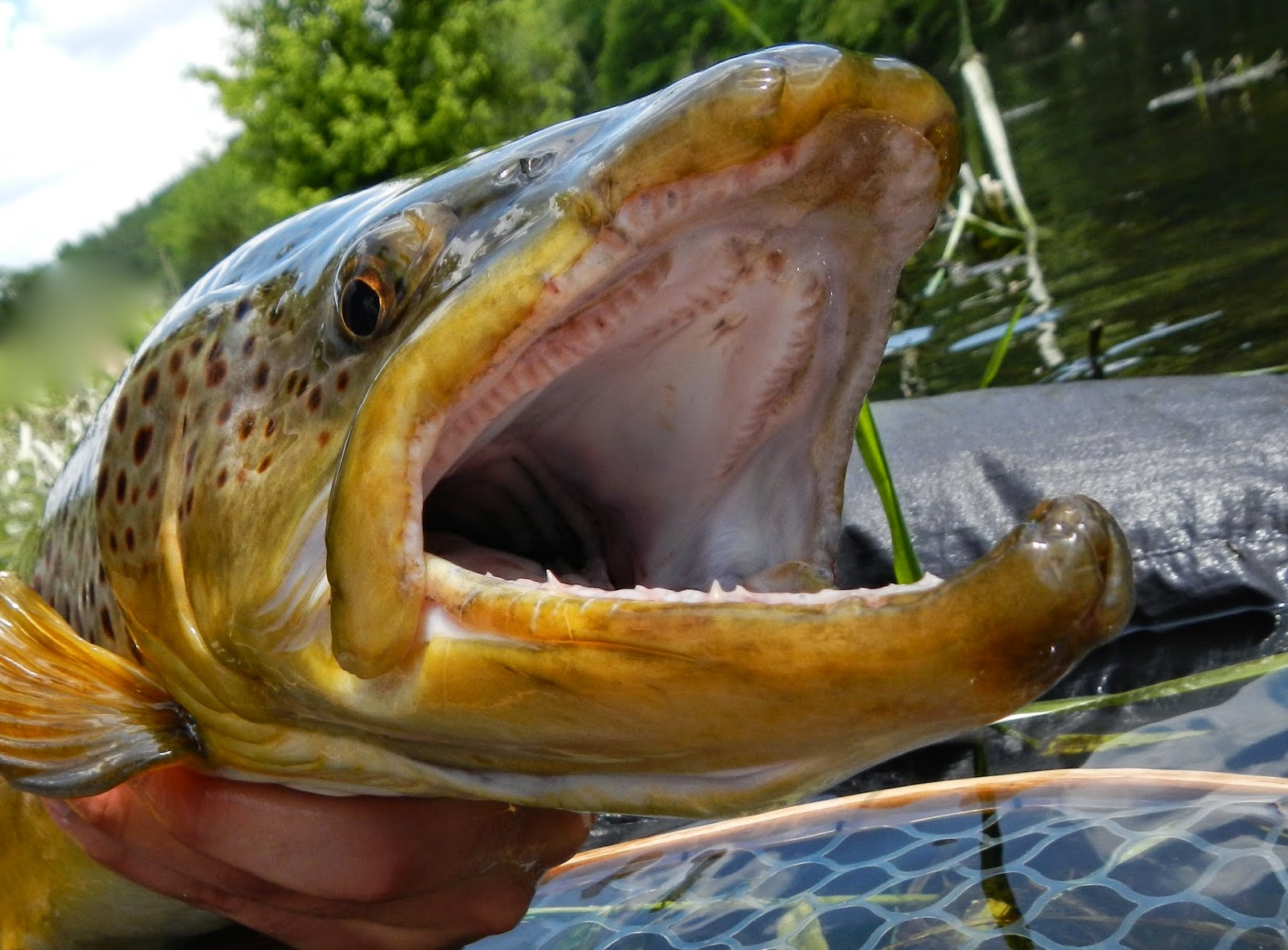 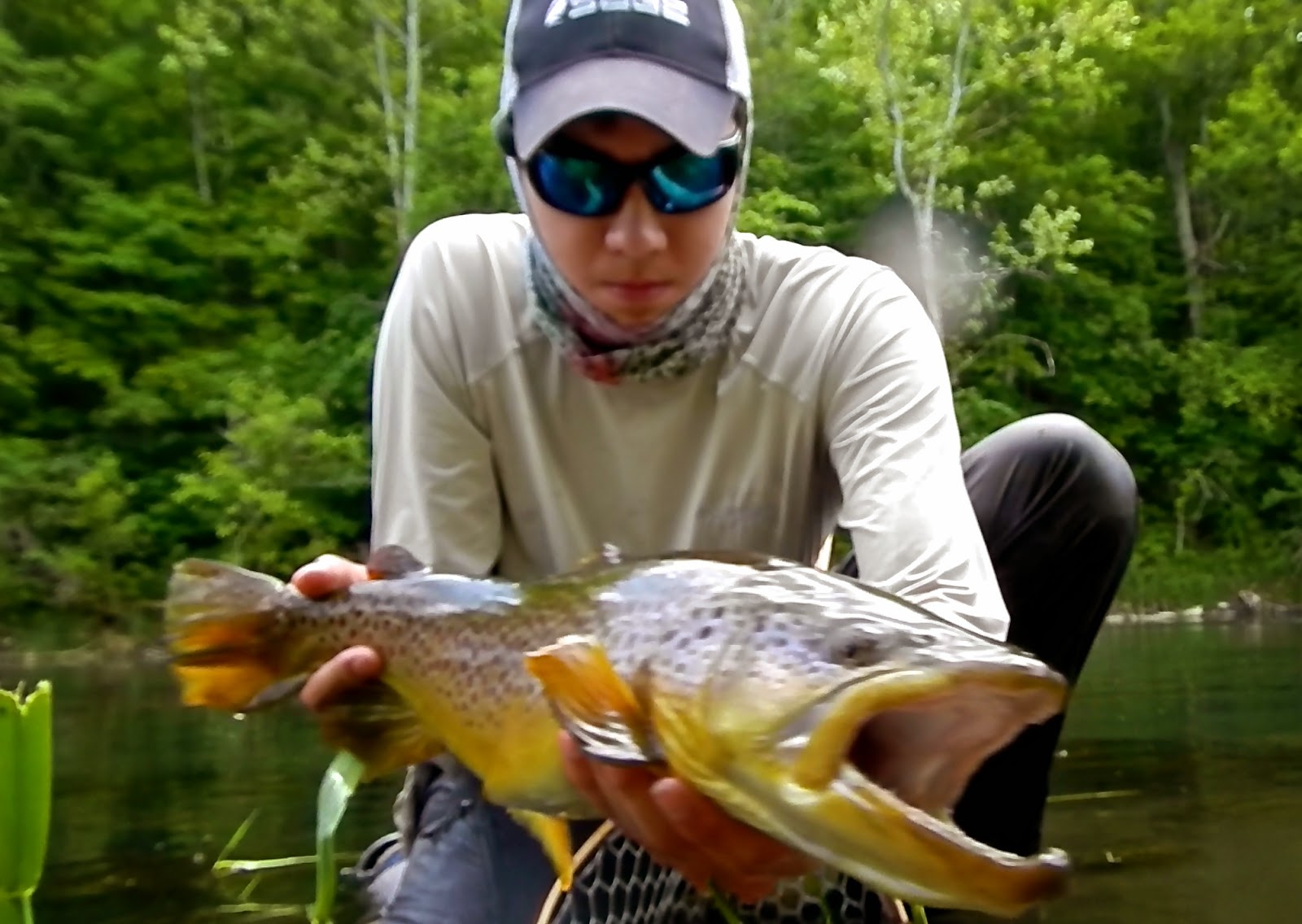 The rest of the day went very well. The little guys were out in full force taking anything that was small and red. Size 18 Red Copper Johns were the most effective though.
For any questions please stop by or call the shop at (513)-871-3474
Tight Lines,
Alexander Helmicki 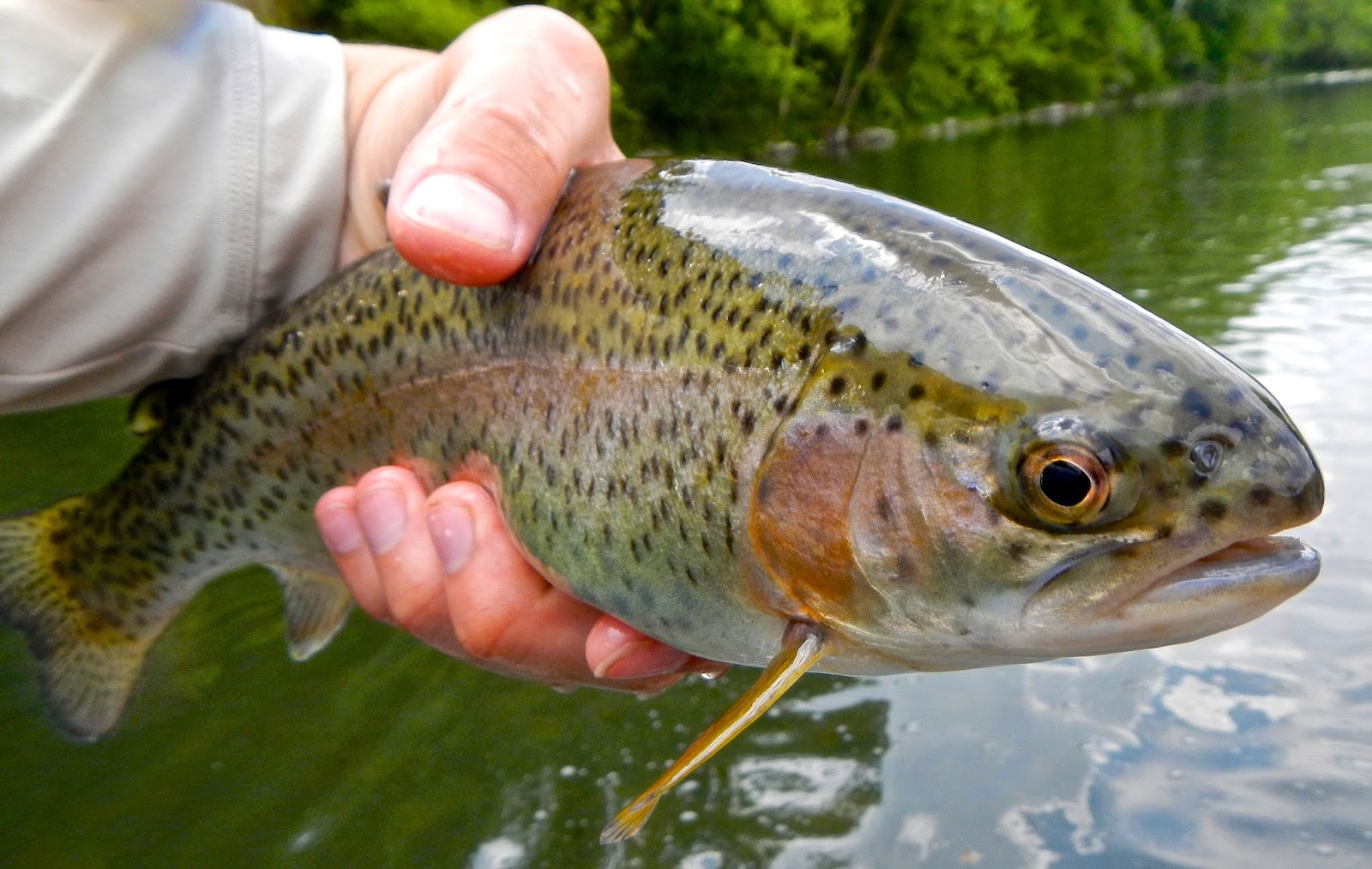 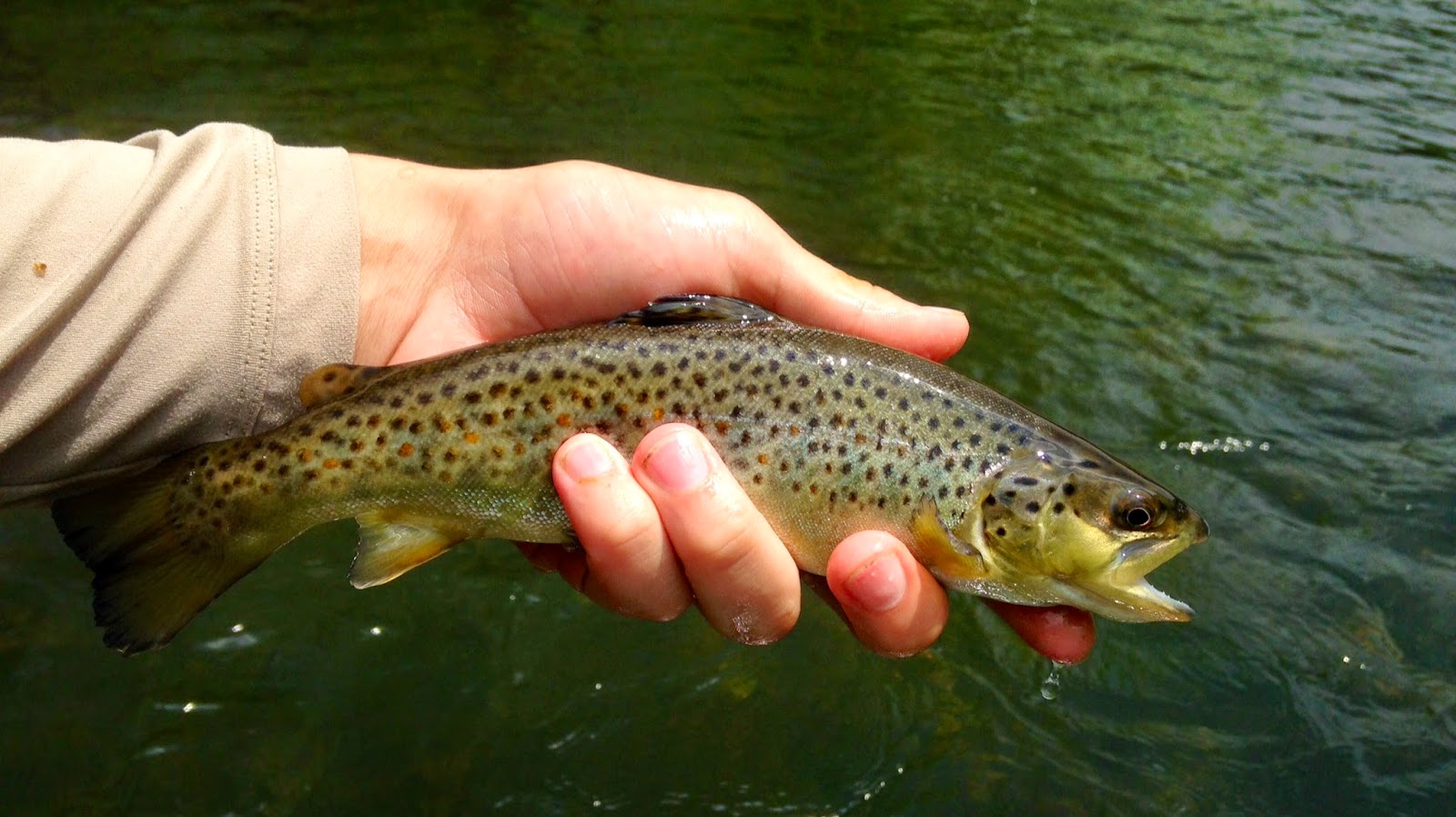