So this weekend Nick, Louis, and I (Alex) got up to do some steelhead fishing.  We had been trying to schedule a trip for a while and the stars finally aligned and our schedules matched.  Nick and Louis both hooked into their first steelhead.  It was a pretty cool sight and I think it’s safe to say that they are now addicted too. 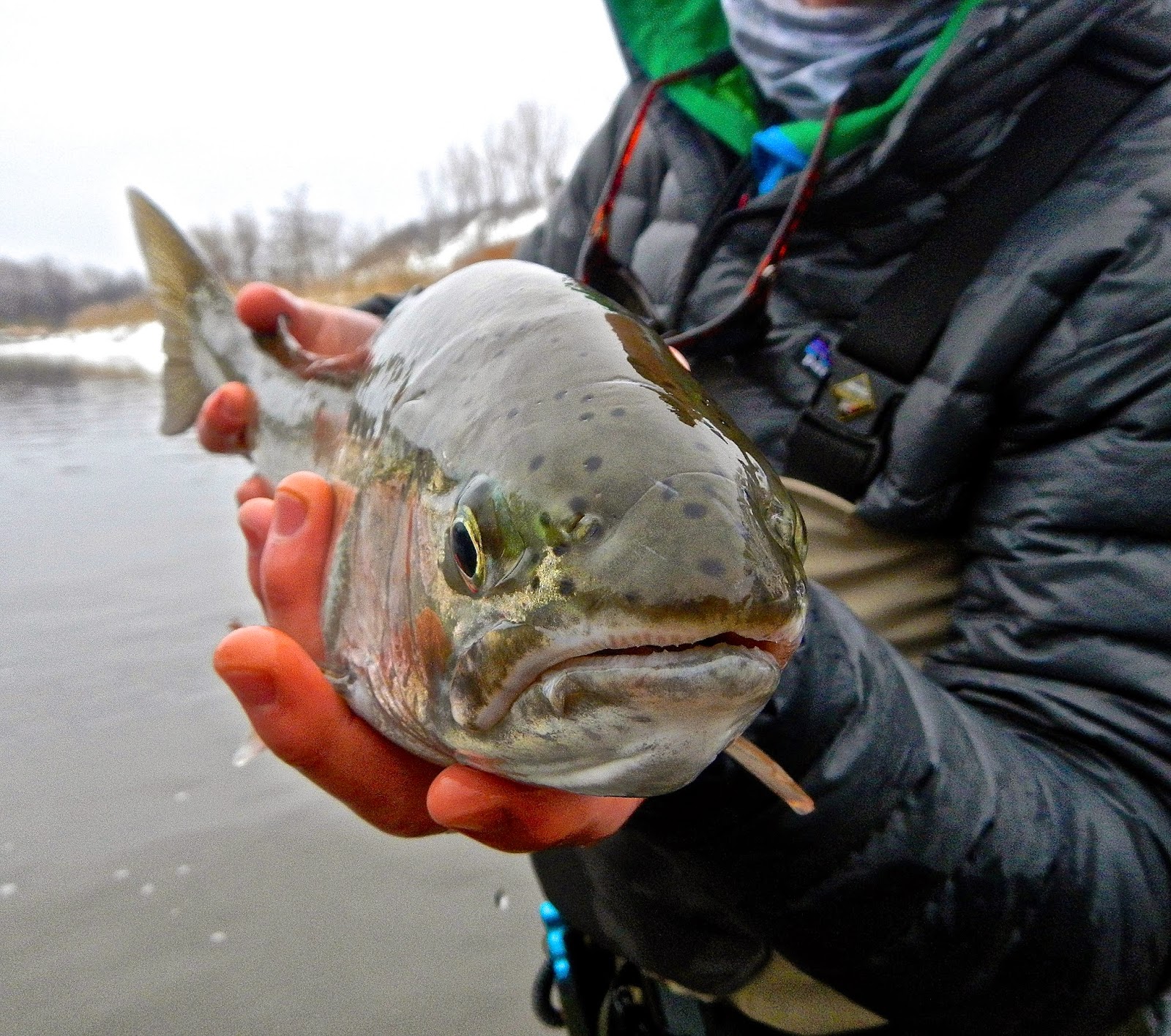 We mostly fished the Grand River and some smaller streams.  There weren’t a ton of fish in the system and the ones that were there seemed to be spread out. Flows were great, clarity was great, but water temps were on the chilly side. We got some nice fish, but nothing real big.  It was a fun trip all around.  We used a variety of techniques such as dead drifting eggs, nymphs, and streamer as well as swinging streamers.  Pink eggs and white flashy streamers were the ticket.
We really put in our time to find fish, but once we found them, it was on.  We traveled all over the area and covered tons of water, big and small.  Due to the cold weather, we weren’t finding the fish in the faster water like they usually are this time of year.  They tended to be in the slower deeper runs.
If you have any questions give us a call at (513) 871-3474 or stop on by.
Tight Lines,
Alexander Helmicki 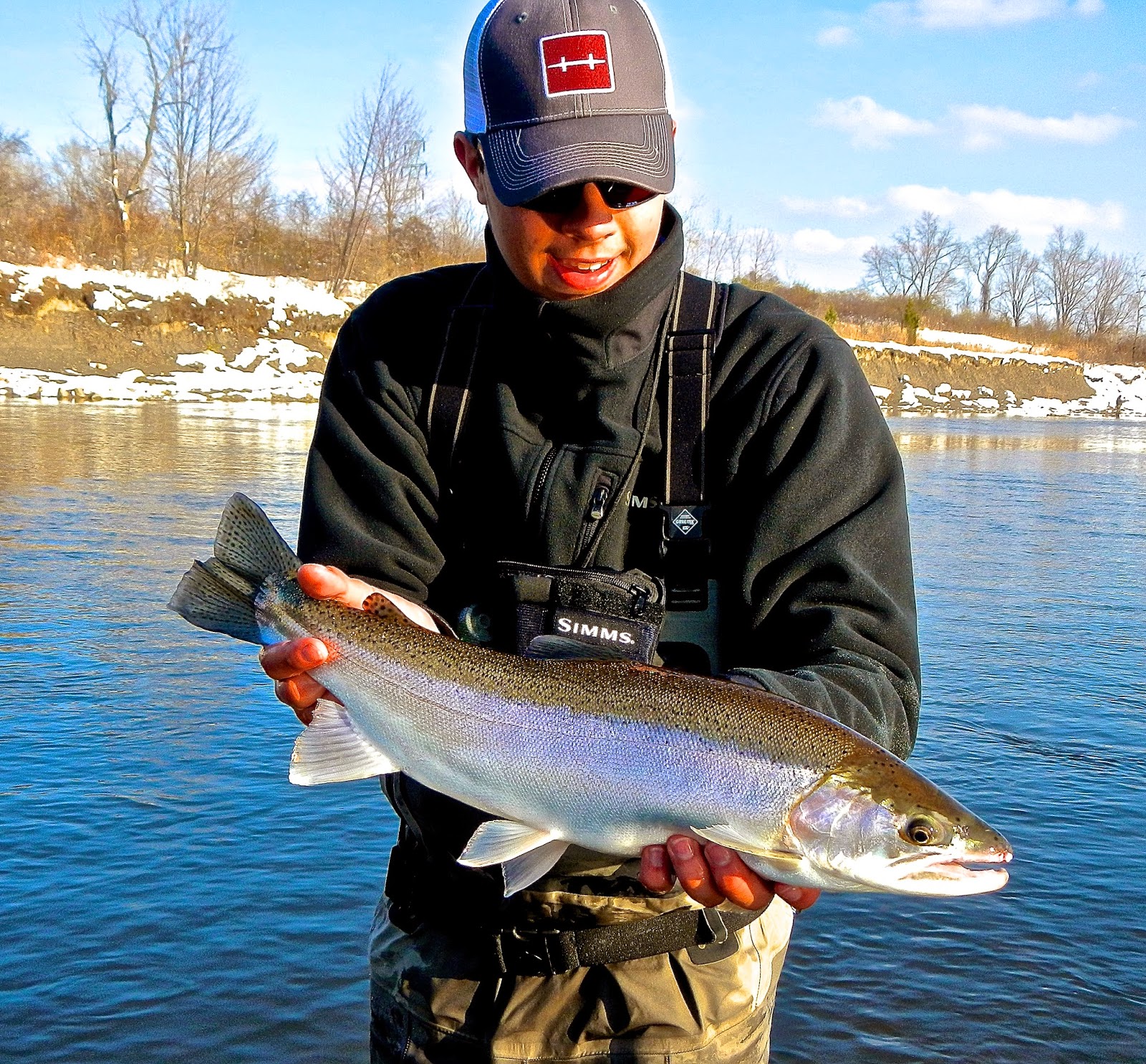 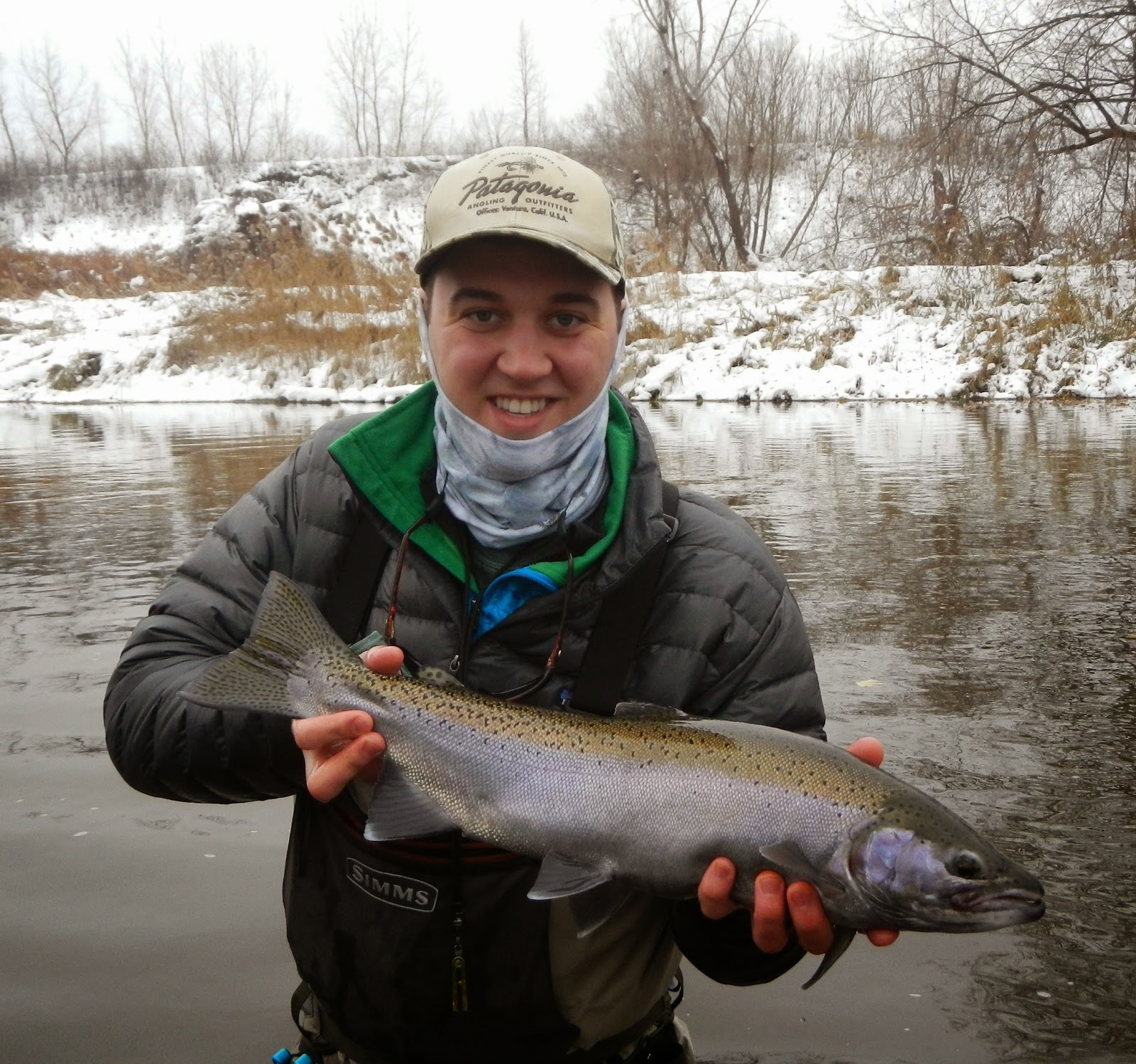 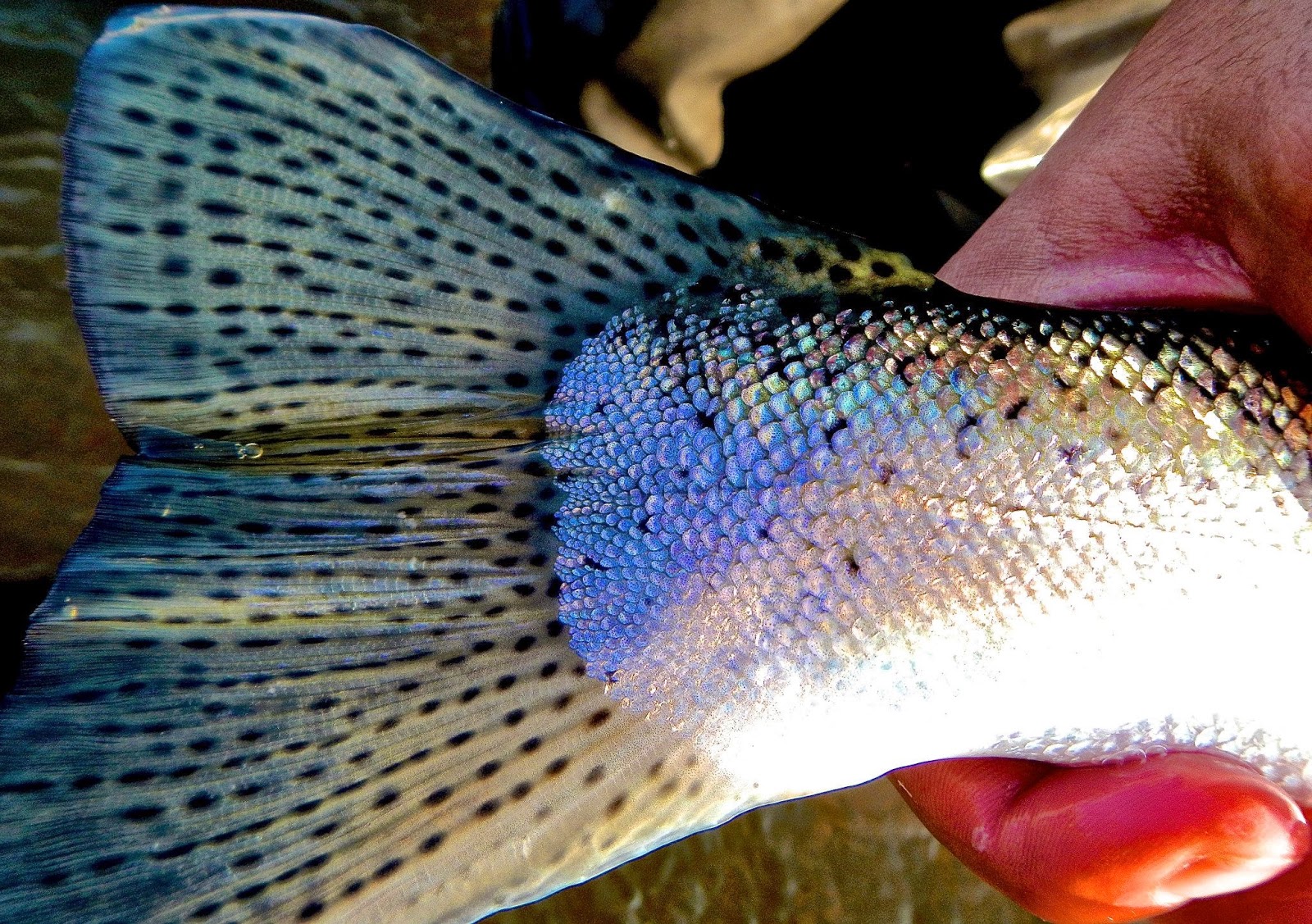 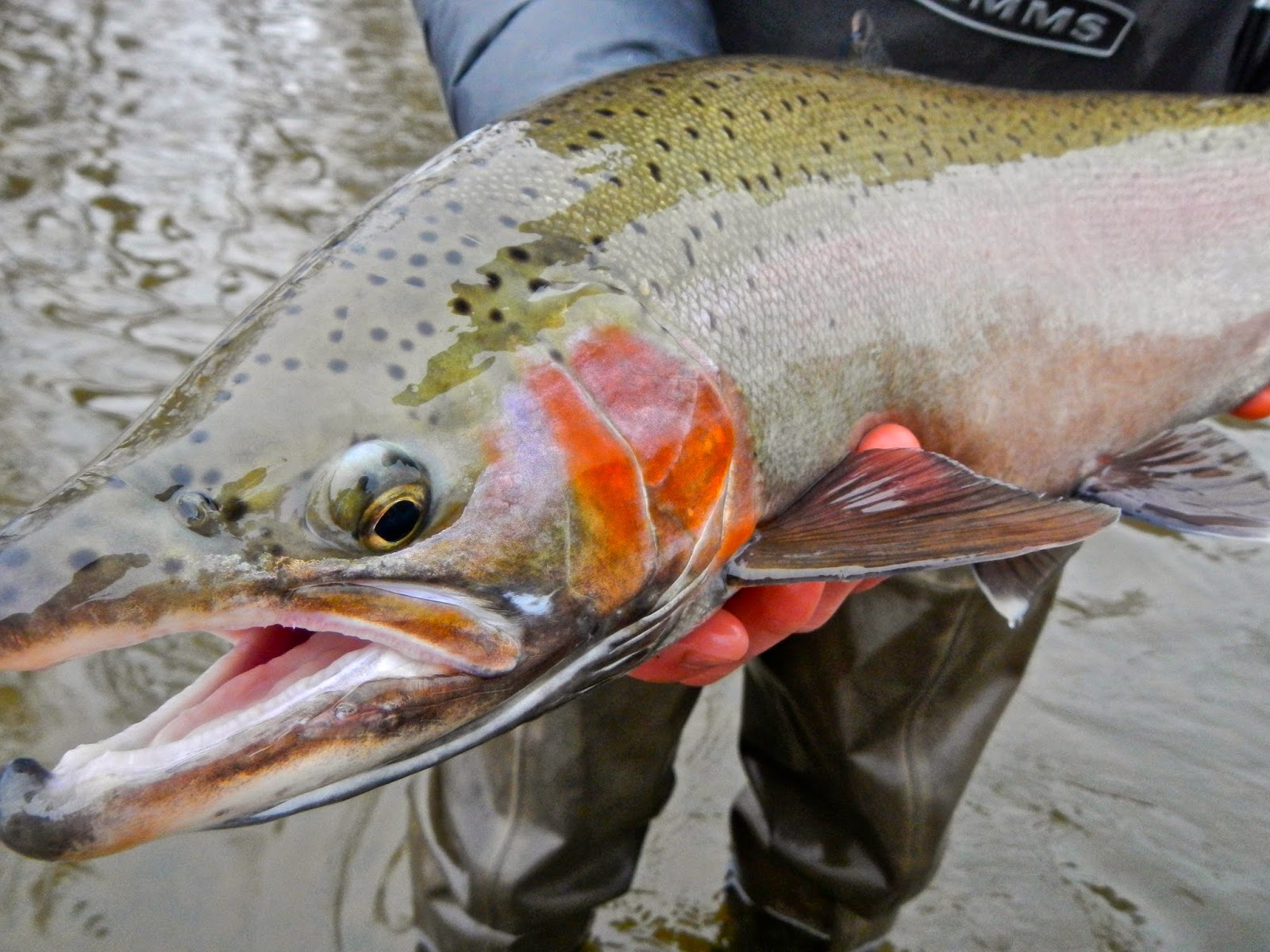